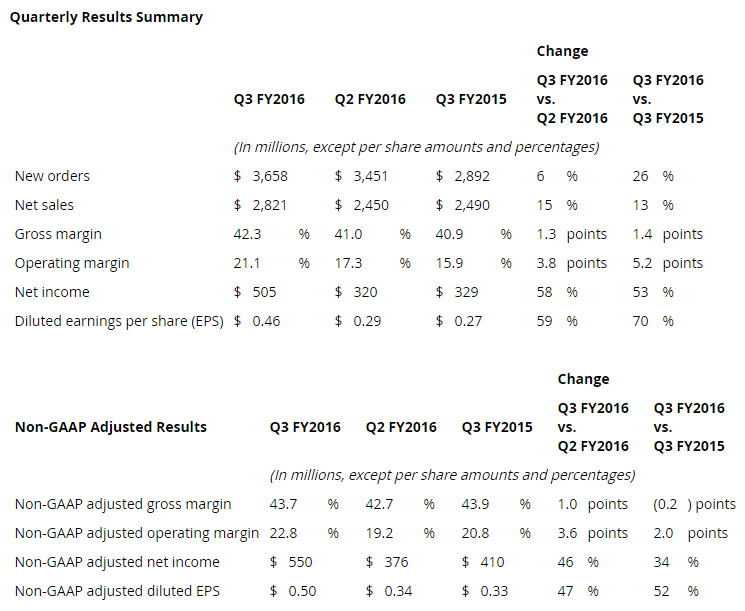 Business Outlook
In the fourth quarter of fiscal 2016, Applied expects net sales to be up 15 percent to 19 percent sequentially. Non-GAAP adjusted diluted EPS is expected to be in the range of $0.61 to $0.69.
This outlook for non-GAAP adjusted diluted EPS excludes known charges related to completed acquisitions of $0.04 per share and any additional charges related to completed or future acquisitions or other non-operational or unusual items that are unknown at this time, as well as other tax related items, which we are not able to predict without unreasonable efforts due to their inherent uncertainty.
Third Quarter Reportable Segment Information
Effective in the third quarter of fiscal 2016, Applied has expanded its Display segment to now include roll-to-roll web coating systems (previously in Energy and Environmental Solutions) and display upgrade equipment (previously in Applied Global Services). The Display segment is now named Display and Adjacent Markets. Applied no longer reports Energy and Environmental Solutions as a segment and its solar business is now included in Corporate and Other. The Silicon Systems segment is now named Semiconductor Systems and is otherwise unchanged. Applied Global Services continues to include 200-millimeter semiconductor equipment sales. Segment operating results for previous periods have been recast to conform to the current presentation in the table below and in the supplemental historical information accompanying this release. 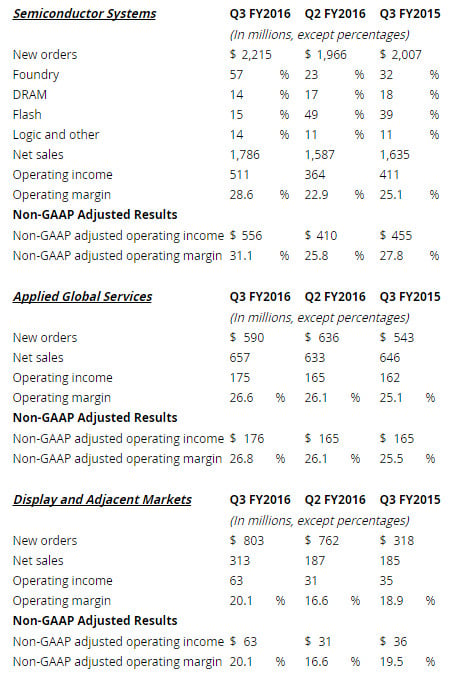